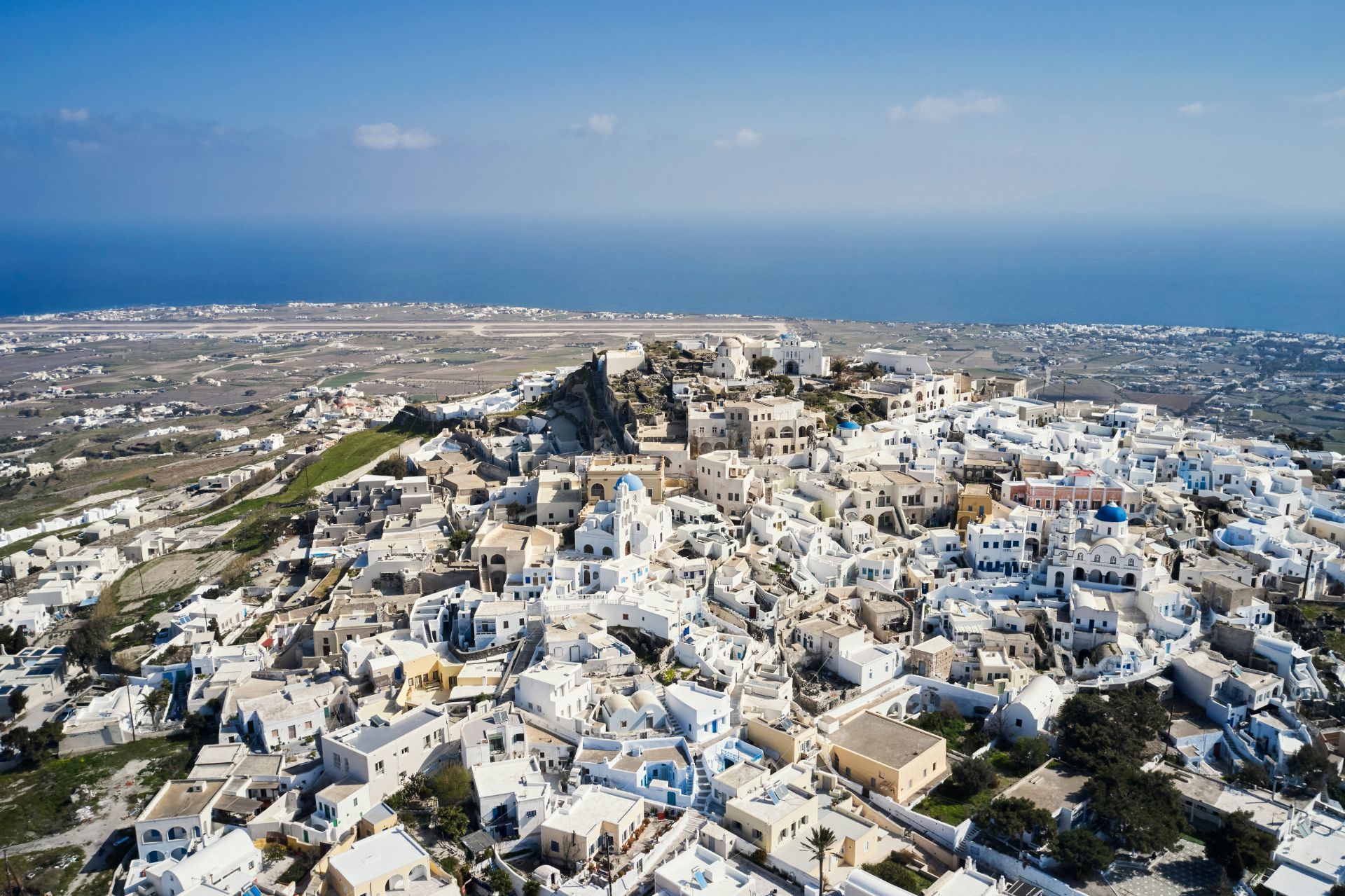 The Village of Pyrgos: History & Attractions

Just a few steps away from Apikia Hotel, the imposing Pyrgos Village towers above you and invites you to explore its medieval splendour and hidden corners of beauty, history, and culture. Let’s take a look at the history and attractions of the Village of Pyrgos and discover a living piece of Santorini’s past through a virtual walk-through time in a place that enchants visitors’ hearts and leaves them breathless, and unequivocally in love.

Pyrgos Village, Pyrgos Kallistis to be exact, is named after the Greek word for “tower”, while Kallisti means “the most beautiful”, and we have always felt it was the most fitting of names for this magnificent part of our home island. Due to its privileged location, right in the centre of Santorini, it served as a vantage point to protect the entire isle, while its elevated position made it a challenge for marauders to invade. In order to further protect their city, the inhabitants strengthened Pyrgos with the Kasteli, an ingenious model of fortification created by the outer walls of the residences, built steep and tall to form an impenetrable castle-like fortress. At the same time, narrow, winding alleys made pillaging even more challenging, proving that the Kasteli of Pyrgos was a safe haven for its people during those past times of hardship.

Nowadays, the history and attractions of Pyrgos Village are intertwined; the towering Kasteli stands witness to the passage of time, harbouring behind its impenetrable walls modern luxury residences and hospitality establishments that pay homage to the rich heritage of Pyrgos and Santorini. A stroll through the Kasteli is a literal journey in history, where time seems to stand still, and you feel as if you have been transported to an era of crusader knights and fair dames, an era of romance and adventure. Walk under the majestic Kasteloporta gate and explore picturesque alleyways, discover countless spots of breathtaking beauty, quaint chapels such as Theotokaki, a 10th-century gem and one of the oldest churches on Santorini, or the Church of the Annunciation of the Virgin Mary, at the top of the village.

The history and attractions of Pyrgos Village, though, are not limited to the Kasteli. Outside its walls awaits a vibrant gastronomic scene, in traditional or modern taverns and restaurants that showcase Santorinian cuisine, while local wineries such as SantoWines and Hatzidakis Winery present another piece of local history through the tastes of their volcanic wines. As for gorgeous views, they are handed out generously around Pyrgos, with the best found at the neighbouring Monastery of Profitis Ilias.

Make Apikia Hotel the starting point to explore the history and attractions of Pyrgos Village. Book a stay now via the link below and take advantage of amazing Early Bird Deals, special offers and member benefits!